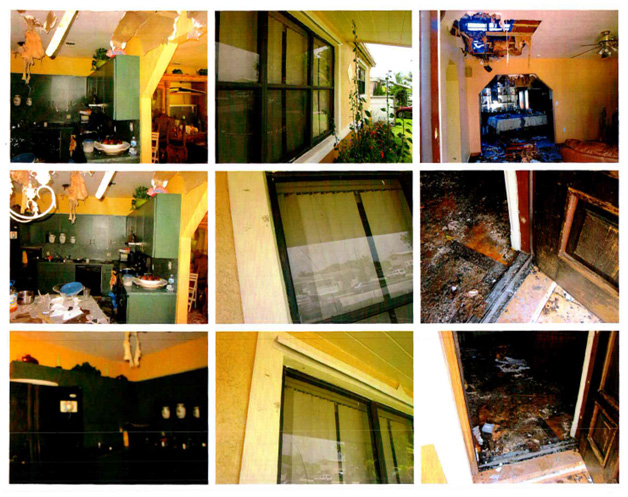 We had the opportunity to sit down with David Huebner, one of Stellar’s Public Adjusters and get the inside scoop on how to handle fire damage, hurricane season and more!

Congratulations on all of your service for the people of South Florida!

Thanks, I appreciate that!

How did you get started in this industry?

I started working six years ago for a public adjuster. I saw a lot of clients with houses that really needed help. What I realized is that so many people were getting underpaid for their claims and I could help them, and that I enjoy doing so. I continued further in the industry and then joined Stellar four years ago.

What is your official title?

I’m a Public Adjuster, licensed by the State of Florida, which is very important. To get licensed, you have to have a surety bond, pass a test and be an apprentice for a year. It’s a big process.

How should a person approach a fire damage scenario?

The first thing I would say is to mitigate the loss, which means to prevent further damage to the property. For example, when the fire department comes and sprays down your house, you have to prevent the damage from getting worse. The water that they spray can end up causing mold. The insured has responsibilities to the property and one of them is to keep the damage from getting worse. If you don’t, the insurance company can hold that against you. After the firemen leave, the first thing you should do is call Stellar. That’s what I tell all my clients. We hold their hand and guide them through all the right steps to take. How to prevent further damage and go from there.

How can people protect themselves during Hurricane Season?

What are the intricacies of Flood damage protection?

Flood damage is a little bit different. You have to be in a flood zone. And if you are, I recommend you have flood insurance, which is also separate and does not come with homeowners insurance. With flood damage, it’s a very sensitive position to be in for the homeowner, more than any other policy. It has a great amount of depreciation and the providers usually only pay out actual cash value for it, which depreciates quickly over time. In the case of a flood claim, it’s very important to work with a public adjuster. A common misconception people have is the difference between flood and water damage. If the canal in my backyard overflows, comes into my yard, and then into my house, that’s a flood. You need a special policy for that. But if a pipe bursts, a water heater leaks, slab leaks, or drain leaks, that’s water overflow, and it’s covered by homeowner’s insurance. Flood is strictly tidal waters or heavy rain waters that flood the house. That’s a very big difference that people don’t know.

How do you find out if you’re in a flood zone?

Your mortgage company will make you get flood insurance and your agent should let you know. You’re usually notified by the state as well. And you can also look it up through your county.

What is the most unique case you’ve ever worked on?

The most unique case I can give you an example of was a guy around six months ago whose house caught fire after a lightning strike. He was featured on Channel 7 News crying about his loss. Luckily, I saw it on the news and I said to myself, “I wish I could help him out.” And just out of divine providence, a good friend of the person whose house got struck by lightning is a client of mine. He called me later that night and said, “I have an emergency. A friend of mine’s house caught fire in North Miami Beach from a lightning strike,” and right there I put two and two together and said, “I’m ready. I’m on board!” I came out to the house and the guy was hesitant because he was under the impression he would be able to simply call his insurance and they would indemnify him right away. He was overwhelmed because had a mob of different companies outside of his house the day after the loss trying to get the job. There were all these general contractors and roofers trying to sign him up and work with him. There were also other public adjusters there trying to do the same. In addition to all this, he was still in a disoriented state of mind from the fire. But after speaking to him, he decided to go with us. He hired us and we came out to meet the insurance company. Even Channel 7 came out to cover it. The company only paid him around $60,000. But it was lightning through the roof, into the kitchen and all the way through the floor. However, since I was there from the beginning, I was able to line up all the ammunition to prove that it should be more. It was a lot of work, but first they gave him another $20,000, and then even more, until I was able ultimately indemnify the loss for $120,000. The good thing is that I represented the claim from the beginning. I had more ammo to get the policy limit, whereas if I’d come into the situation in the middle, it would have been much harder. He had a lot of personal property that was lost, but he didn’t have any insurance for the furniture, only the actual building. I was able to get him a great outcome for the dwelling portion of the loss and I got him into a rental property for the few months period of the loss, and then I got him pay for the loss of rent. So, in addition to the $120,000, I got the insurance company to pay for him, his wife, and his three kids for the house he was renting for them to stay in. He loves me to this day. He works at Home Depot and every time he sees me he gets so happy. Sometimes he texts me just to say hi and how thankful he is.

What is the most common mistake people make in dealing with their insurance provider?

One of the biggest mistakes I see is that they call them without a Public Adjuster. And it’s a mistake because from what I’ve seen, they take whatever money is offered to them and think they got enough. They probably think they’re not entitled to any more, but they’re not public adjusters. They don’t know any better. And the other thing I see is that people who call their provider get denied because of a stupid mistake they make unknowingly and don’t understand why. Then they call us because they presented their claim incorrectly, but it’s a huge mess to clean up. We’re still able to help, but the payout is often lower… they usually get less money than we would have gotten them if we represented their case from the beginning.

What is your favorite part of the industry?

When I have clients that call me and say, “Hey come check out the repairs on my house!” After a huge fire or other disaster that they’ve gone through, after the biggest downside in their life and the loss of everything they could imagine, when they come to the realization of how nice it ended up being and how great the repairs came out. They call me to come see it, or they send me texts, or emails and say how appreciative they are and send referrals and that’s the fun part of the business.

What’s the hardest part of the public adjuster business?

The hardest part is coming to a client’s house and speaking to the mother and father of five kids whose house is ruined so bad, they can no longer live there. All because of a horrible flood or fire, God forbid, and I have to set them up with a place to stay, find them food to eat and make sure the company indemnifies in a reasonable and timely manner for repairs. Seeing the family broken apart and outside of their home. A house is a piece of property, but a home is a home. Losing that is one of the worst things anyone can go through, and it’s hard for me to see that in this business. But, the good side of it is what keeps me going. So if you need a public adjuster, call Stellar.